Why Do Businesses Opt for Android App Development Services?

Android is much more simplified when compared with other major operating systems. Businesses hire Android app developers for building world-class applications. But why is it so popular?

One of the main reasons for Android’s popularity is that it is free. Yes, Google has made it available for free since its release and is planning to keep it free in the future. Hence, this created an opportunity for several hardware manufacturers across the globe who were planning to launch smartphones running on a completely free operating system, Android.

Another reason that adds to its popularity is that it is open-source and numerous hardware manufacturers have partnered with Google for launching competent smartphones. Unlike other mobile operating systems, Android is not prone to licensing and copyright issues.

As Android is open-source, it enables a large pool of professional Android developers to collaborate and contribute towards the operating systems for building more intuitive, innovative, and world-class Android apps.
With the vast popularity of Android, will IoT be able to transform Android app development services?

But, before that let’s first understand what IoT (Internet of Things) is.

What is IoT? & How to use it in Android App Development

IoT or Internet of Things, popularly known as Interconnected Devices, is a concept where one device is connected to other devices like Smartphones, wearables, Smart TVs, etc. via the internet. IoT can collect and transfer data over the network without any human intervention or assistance.

IoT is thriving over the years with the introduction of the concept of smart homes and smart cities. In an IoT environment, mobile devices serve as an interface that helps in interacting with IoT-based devices. Today, smartphones come with modern apps and sensors that help in producing a lot of user information.

Additionally, the smartphone can track many things like the orientation of the device, the condition of electricity, light, etc. These mobile gadgets come with various features such as NFC, Bluetooth, and WiFi, which help the mobile devices in the community connect to other devices and sensors.

These days, there is a huge demand for IoT-based applications for improving user experience. As an experienced Android app development company in India, we can help you build IoT-integrated applications on Android.

There are numerous advantages that IoT-powered mobile apps offer and can empower businesses to fulfill goals at an optimal level. Some of the major advantages have been listed below:

The emergence of IoT-based apps helps in promoting brands as they enable them to convince their target audience to make a specific purchase or explore more products. An IoT mobile application enables customers to try and use products or services before coming to a decision. That’s why it helps in promoting businesses to attract more customers.

Integrated with social media platforms, the IoT applications help you connect with people and employees instantly. That’s why irrespective of the location and time, you can stay in touch with your customers and business stakeholders at the same time.

Other than controlling the IoT devices, these mobile applications also offer features like device-based features and functionalities as well as real-time notification features for sending updates to users on the IoT network in real-time.

Using smart devices, IoT-based devices can be controlled from anywhere in the world. So, even if you’re sitting miles apart, you can still control the IoT network through IoT-based mobile apps. It is a great way to eliminate location dependency.

Android Use Cases in an IoT Ecosystem

Some of the use cases of Android in an IoT ecosystem are listed below:

An IoT ecosystem requires you to have devices and processors with an OS that is compatible with its components. In most cases, Android is considered to be an affordable choice as it can meet all the requirements for supporting various sensors.

IoT-powered devices need a program for receiving and saving the data. For example, the standard Linux Server receives data first, then decodes it, and finally processes it. This data can be used for further analysis.

In IoT, there is a requirement for components that can support data transfers from sensors. There are two convenient preferences as XMPP and MQTT. Android supports these open-source implementations. The libraries can be used on Android, Windows, and Linux.

A sensor is responsible for identifying the physical attributes such as temperature and produce digital signals. Most of the hardware manufacturers depend on operating systems like Android, Windows, and Linux. Android is the most preferable option among decision-makers as it is free, open-source, and can be customized according to your preferences.

Both Android OS and IoT technology will have a great future in the upcoming years. Businesses need to adapt to IoT integrated Android app development services as IoT is truly changing our lifestyle.

With the explosion of smart devices, the future of IoT app development services is very promising.

As a leading Android app development company in India, we have a team of expert Android developers who will help you to deliver top-notch IoT applications. 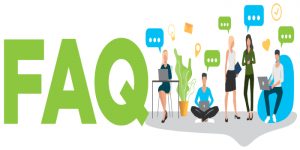 Q.1. How does IoT impact mobile app development?
Ans. IoT integrated mobile devices help you to switch off the lights remotely, track cab locations, check security cameras, and do a lot more. It has made lives easier and convenient for both end-users and developers. Users can manage everything from a single device which ultimately reduces the amount of effort spent by developers while creating an application.

Q.2. Which mobile platform is the best for IoT app development?
Ans. Opting for Android app development services is an ideal choice as it is free, open-source, and can be customized as per your preference.

Make the Next Move by Opting for IoT App Development Services