The latest release announcement presented Google Android Studio 3.2 augurs well for Android developers with a host of new features it offers. The update which was initially announced at the IO developer conference back in May has been long awaited and was officially released on 24th September 2018.

This latest version of the integrated development environment (IDE) offers a new Android App Bundle, in addition to around twenty more features to empower developers in more than one way. Now that the final stable release of the 3.2 version is available, it’s time to know more about all that it brings. Let us list out these features and understand how they are likely to improve the Android app development process.

Conclusion
Now that you know all about the new features of Android Studio 3.2, the benefits of embracing it will obviously be clear to you. If you are looking for an Android app built on the latest version, it is best to hire Android developers with the right skills and experience. Additionally, it is important to ensure the developer or team keeps abreast with the latest technologies and version upgrades. Android Developer is a leading Android app development company that specializes in mobile apps for this platform. Contact us to understand how the Android Studio 3.2 version can bring extensive benefits to your business and make sure that you are able to avail them by adopting it for your business app. 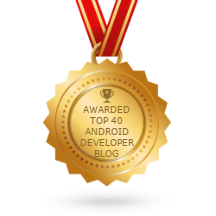